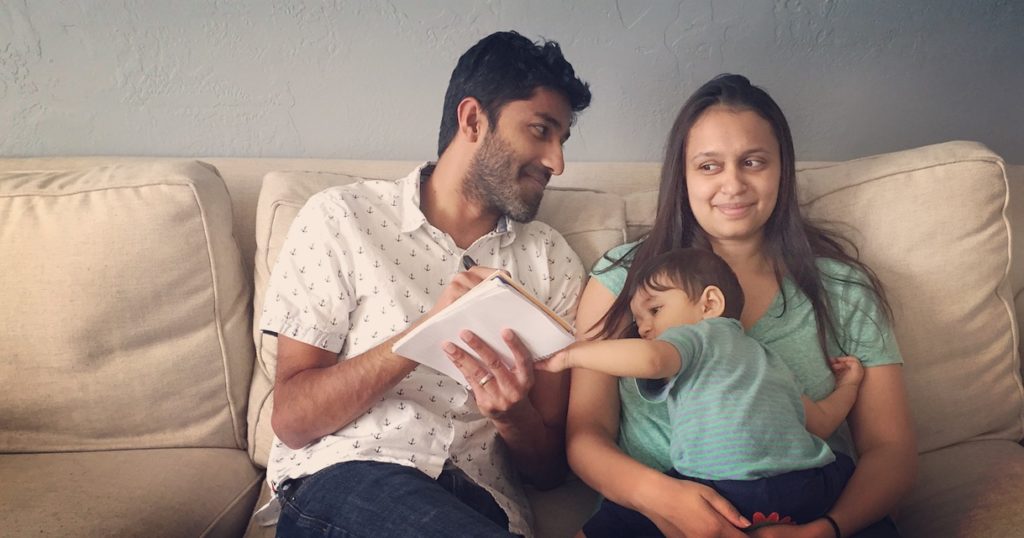 According to the rings on the fingers, my wife and I are technically in love. This basically means she frequently gets red in the face and argues with me all the time. After one of our recent squabbles, we started discussing everything that drives us crazy about one another. It brought forth some angry-giggles, so I decided to write everything down and share them with you here. My list is below and her list will be published next week.

8 Things I Hate About My Wife

1) Food in Sink
Okay, so you’ve had dinner and there’s still some food on the plate. Where does that leftover food go? In the trash, obviously right? Nope. According to my wife, she thinks it’s okay to leave the plate with food in the sink. In her mind, “all food gets cleared via the disposal.” ARE YOU KIDDING ME? Yes, I’m just as shocked as you are right now. First, food sitting out in the sink attracts gnats and other things. Second, the smell. Third, not all food belongs down there. As the person who deals with the household waste management processes, this drives me bananas and apricots. I can barely deal, you guys.

Wife rebuttal: “Some of the food belongs in the sink because why did they invent it then? Also, you don’t take out the trash often enough. The trash ends up stinking until you take it out once a week before trash day. And tell me, what food belongs and doesn’t belong in the sink, Mr. Food Expert?”

2) Curtains
She closes curtains half-assed. Listen, when closing curtains, one must cover all of the window space with all of the curtain. You can’t just close a curtain willy-nilly. She’ll walk into a room and try to “one swoop” them shut leaving open window space and light leaks. We’re homeowners and this isn’t amateur hour. Step your curtain game up, wife.

3) Thinking she knows me better than I know me (half true)
I usually don’t go to Philz Coffee because it makes me shake (do they sprinkle crack in it?), but we recently stopped last week while driving the kids to the pumpkin patch. She ran in to order while I waited in the car with the offspring. She told the barista to make my mint mojito light-light when I clearly take it medium-medium. When I told her my drink was incorrect, she told me I was being incorrect. What? This situation has happened at least 5 times in the last few months.

Wife rebuttal: “You usually don’t like things as sweet as me. Also, remember when you didn’t even drink coffee and now all of a sudden you’re a coffee snob? Please.”

4) Towel distribution
I will put new towels out and clearly articulate, “the white one is you and the blue one is me.” She will nod like she understood everything I just said. Later, I will catch her in the blue towel.

“We went over this” I’ll say.
“It doesn’t matter” she replies.
“It’s gross”
“Making kids with you was gross”

I mean, technically she’s not wrong, but still, get your own towel.

5) Directions
My wife sucks at giving directions. She refuses to look at map view and will only read off directions on list view. For example, you know how Google Maps will verbally tell you when an exit is coming up and to turn right? Instead, she’ll tell me “Hey you needed to take a right turn there” right as we’re passing that street. I’m surprised we show up anywhere these days.

Wife rebuttal: “Because you have in your mind where you want to go and that choice is incorrect.”

(Honestly, I have no idea what that even means but that’s the answer I got)

7) Not turning the stove fan on while cooking
My wife likes to experiment with masalas and weird ingredients she found at Whole Foods. The issue is she forgets to turn the stove fan on or open the kitchen window. It’s fine, I love it when our house smells like burnt sea lion.

Wife rebuttal: “The fan is so loud it gives me a headache.”

8) Picking out outfits for our children
She’ll yell at me because she feels she’s always the one who has to pick out outfits for the kids. So I take action and dress my daughter. She’ll see the outfit and be like “do you really think that yellow shirt goes together with her blue jeans?” I’ll say yes. She’ll say no. I’ll say then you dress her! She’ll start yelling again. Nobody wins.

Wife rebuttal: “Whenever you dress your daughter, people think she’s a boy. Are you happy about that?”

In conclusion, being in love is fun. Right?